To continuously promote farm tourism and spark deeper appreciation among the youth for rice farming, the MMSU and the Philippine Rice Research Institute in Batac City (PhilRice-Batac) have put up another rice paddy art in the university campus, featuring former First Lady Imelda R. Marcos.

Last year, the first paddy was established at the MMSU Extension Demonstration Area and was part of the province's celebration of former President Ferdinand E. Marcos' 101st birthday.

This year, MMSU President Dr. Shirley C. Agrupis said MMSU and PhilRice have agreed to launch another paddy art as also a way of recognizing the former first lady who was considered as champion in social and health programs not only during the time of her husband, but also during her incumbency as representative of the second district of Ilocos Norte.

In a ceremonial planting that was held at the same venue on September 16, Dr. Agrupis said the paddy art is not just a way of showing gratitude to Mrs. Marcos, but "we want to establish a unique rice demonstration farm so that students taking up BS Agriculture are challenged to study harder and become productive in their future farming activities."

"May these rice seedlings that we transplant today remind us that we must keep on sowing so that we continue to keep on reaping," Agrupis said.

The MMSU and PhilRice created the rice paddy art using IR 1552, a traditional purple rice variety from Korea; and a traditional high-yielding inbred variety produced by PhilRice. Both varieties have yield potentials of about 7  tons per hectare and are resistant to blast and tungro diseases.

To create the paddy design, the planters used the anamorphosis principle, a technique used in 3D art where a picture looks distorted but appears normal when viewed from a certain angle.

The paddy art is expected to show the face of Mrs. Marcos by October when the plant shall reach their early vegetative stage.

Meanwhile, Dr. Reynaldo C. Castro, manager of PhilRice-Batac, said that the establishment of the paddy is also very timely because of the problems that the rice industry  is facing today, which are directly or indirectly attributed to the Rice Tarification Law (RTL)."

"Many farmers are now complaining about the low prices of palay this year and that the expected output of having low prices of rice has not yet been shown in the market.

The PhilRice manager said that farmers should be aware that the RTL is the government's last ditch effort to save the rice industry and to make farmers more competitive.

"You see, we've been lagging behind our Southeast Asian neighbors, especially Vietnam and Thailand, because these countries produce their rice half the cost of what we incur in the Philippines," Castro said, adding that in this scenario, "our farmers cannot really compete."

Citing the country as a member of the World Trade Organization (WTO), Castro said that "we must abide to lift the quantitative restrictions (of rice) and impose the tariff."

"The tariff that we generate are given back to the farmers to make them competitive," Castro said, explaining that with the P10-billion annual tariff that the country could generate, 50 percent of that will be spent for machineries to be given free to the farmers as long as they organize themselves into cooperatives.

"That's why we've been encouraging the farmers to support the RTL's Rice Competitiveness Enhancement Program (RCEP), because through this fund, P3-billion is allotted for seeds alone and that the farmers will have a 10 to 15 percent advantage in yield over the use of traditional seeds," Castro said, adding that out of this amount, P1-billion will go to trainings and P1-billion will go to credit or loan programs for the inputs needed by the farmers.

"So with all these (seeds, machineries, trainings and the loans), we are confident that the farmers will catch up and they will become competitive in rice production," he said. 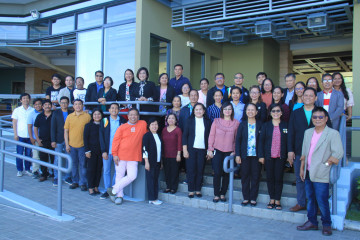 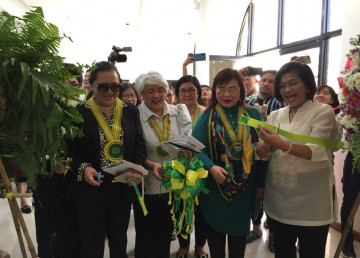