Four faculty of the MMSU College of Teacher Education (CTE) and one personnel from the University Extension Directorate presented their research studies on Ilokano language and culture during the International Mother Languages Conference and Festival (IMLCF) last March 15.

Also, Ms. Kimberly S. Miguel, information officer of MMSU extension directorate and a graduate of Master of Arts in Education major in Ilokano studies, discussed “Riddles as Agent of Engagement and Inclusion in Mother Tongue-Based Multilingual Education (MTB-MLE).” Here, she explained the use of burburtia (riddles) in surfacing practical Ilokano philosophy that can be used for more engaging teaching of MTB-MLE.

Meanwhile, Ms. Jacquelyn Lejano and Ms. Niña Christelle M. Sumintac of CTE talked about “The Panagabel: The Story of the Ilokano Textile through Manlilikha ng Bayan Magdalena Gamayo.”  In this study, they used the three Ps (Pannakisarsarita, Panangamiris and Panagmatmat) of doing an ethnographic research to come up with the narratives that defines the Ilokano trademark of the Inabel.

These MMSU representatives were among the 158 researchers, innovators, academicians, and language and culture enthusiasts who participated in the month-long conference from February 21 to March 20. (StratCom) 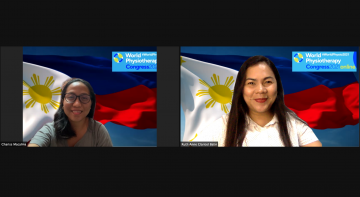 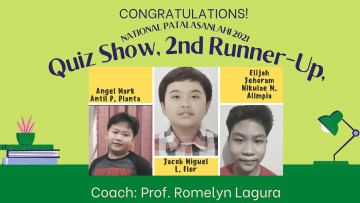