A modern swine facility without the stinky odor will soon rise at MMSU, through the help of a Balik Scientist of the Department of Science and Technology (DOST).

Dr. Bernardo Z. Predicala, a research scientist and swine expert from the Praire Swine Center (PSC) in Canada and concurrently an Adjunct Professor of Canada's Department of Chemical and Biological Engineering at the University of Saskatchewan, assured last September 21 to share his expertise in animal science so that the university can cope with the advancing trend in swine production technology in the country.

Dr. Predicala said he will share what he has done as manager of 45 swine development projects established by international organizations to develop an applied research program that focuses on addressing environmental sustainability issues, and optimize the physical environment of swine production in the university.

"I consider this project in MMSU as a big challenge, but I will render all my expertise in swine research so that MMSU could come up with a concrete output which could pave the way for the creation of a modern piggery facility in the Ilocos region," Predicala vowed, noting that the support of MMSU researchers is needed to meet the desired output.

The assurance of Dr. Predicala was the result of a request by MMSU President Shirley C. Agrupis for his consultancy services and assistance in establishing a cost-effective, environment-friendly, and sustainable swine production project at MMSU.

Once established, the project will showcase the modern technologies in swine production for those aspiring to improve their output in animal-raising in the Ilocos region.

Dr. Agrupis thanked Dr. Predicala for his commitment to MMSU, revealing that the concern of the university is to solve the deteriorated and stinking swine production area -- which is affecting the environment and the health of the community, among others.

"We tried to resolve the problem by creating a biogas digester, but apparently it failed," Agrupis lamented, emphasizing that "we really need the help of a reputable animal scientist to put everything in place."

Meanwhile, Dr. Joselito I. Rosario, Dean of the MMSU College of Agriculture, Food and Sustainable Development (CAFSD), said the team that will work with Predicala are selected faculty members from the college, and some key personnel from the university's research and extension directorates.

"We hope to produce tangible outputs which could lead to the establishment of a modern swine production project," he said, expecting that the university will come up with a biological treatment approach on swine manure for commercial and backyard operations; swine waste management, modern and suitable backyard swine operation; and well-designed piggery building, housing, and farm facility.

MMSU also hopes to train its faculty and personnel, including its stakeholders, in packaging research proposals for external funding.

Dr. Agrupis thanked the DOST for its Balik Scientist Program (BSP), saying that because of this, the university has already established three research and development (R&D) centers -- the Climate Change Center, Air Quality Monitoring and Equipment Station, and the National Bioenergy Research and Innovation Center.

MMSU is one of the only two state universities in Region I to host the BSP program of DOST.

Last June 11, President Rodrigo Duterte has signed into law the Balik Scientist Program, which seeks to provide incentives to Filipino scientists to entice them to return to the country.

Republic Act 110351 mandates the DOST to invite Filipino scientists to return to the Philippines to fill in the gaps in scientific and technological expertise in the country.

The BSP aims to strengthen the scientific and technological human resources of the academe, public and private institutions, including locally registered enterprises in order to promote knowledge sharing and accelerate the flow of new technologies into the country.

At present, the BSP continues to be one of the DOST's strategic programs which addresses the priority areas consistent with the current S&T priorities as identified by DOST for the country's achievement of greater levels of competitiveness, economic value and prosperity.

The funding for the program is included in the annual budget of the DOST, in accordance with the annual General Appropriations Act (GAA). 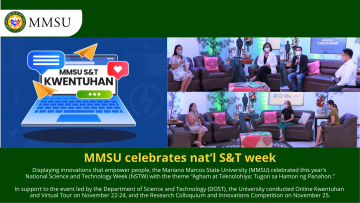 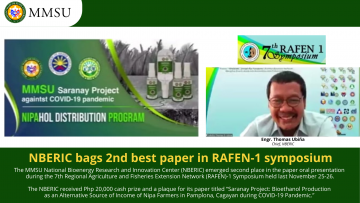