The Mariano Marcos State University (MMSU) extends its help to the people of Cagayan and Isabela who suffered intense flood caused by typhoon Ulysses and other tropical cyclones in the previous weeks.

MMSU employees and students have pooled their concerted efforts to conduct donation drives and collected cash and in-kind donations.

For instance, the Faculty Association, Inc. (FAI) initiated the Bangon Cagayan – We Heal As One Drive, which collected Php 112,000 from instructors and professors for the affected families in Cagayan. The amount was used to buy food relief packages.

MMSU President, Dr. Shirley C. Agrupis, who is a native of Aparri, Cagayan, encouraged the faculty group to join in the donation drives by sharing a start-up fund of Php10,000.

Dr. Marlina L. Lino, FAI president, expressed gratitude to the overwhelming support from her colleagues saying that such a kind gesture is a form of humanitarian endeavor, and that “we did it cheerfully and from our hearts.”

Along with the University’s donation of 15 cavans of rice, each of the relief packs contains three kilos of rice, 2 liters of bottled water, 1 bottle of salted fish, seven canned goods, seven pieces of instant noodles, two packs of assorted biscuits, and six sachets of instant coffee.

Also, the Association of Non-Teaching Administrative Personnel (ANTAP) has simultaneously initiated a drive among the staff of the University.

ANTAP President Gerard S. Ragudo said that “we are one with the University for this cause in continued service for the people.”

According to him, the group raised Php100,000 from the generous contributions of the members of various offices.

“About 500 food packs from the FAI and ANTAP have been prepared for delivery to Cagayan,” Ragudo said, noting that the recipients will be identified by the Resiliency Focal Person of Cagayan.

Joining the activity are the officers of the University Student Council (USC), in collaboration with the College Student Councils (CSCs), which initiated the “EASEtallions” donation drive to help their 626 affected fellow students and other communities in the town of Pagudpud and in the provinces of Cagayan and Isabela.

USC Chairperson Philip Joshua S. Aliga (BS Pharmacy) said the initiative has accumulated some P50,000  from MMSU officials, faculty, and students plus an additional amount of P45,000 from the USC which was used to buy 26 sacks of rice.

Since Monday (Nov. 16), the USC officers and student volunteers have sorted hundreds of relief packages at the MMSU Student Center.

Meanwhile, to facilitate the operation, the USC assigned various drop-off points for in-kind donations, while Land Bank Account No.: 2131-1085-51 was used for cash donations.

Dr. Jan Rich A. Guira, chief for student development, also said that he is overwhelmed by the help of the whole MMSU community, saying that “while we have a lot of things to do in the university, these activities show that we truly embody compassion above all other things.”

The relief packs will be handed over to the local government units of the said provinces tomorrow, November 21 through the leadership of Dr. Agrupis.

“While we were spared by the wrath of the typhoons, we continue to carry the same burden and suffering for our brothers and sisters, showing that MMSU is truly one University that cares and shares – always ready to lend a hand and to extend the heart,” Dr. Agrupis said. (StratCom) 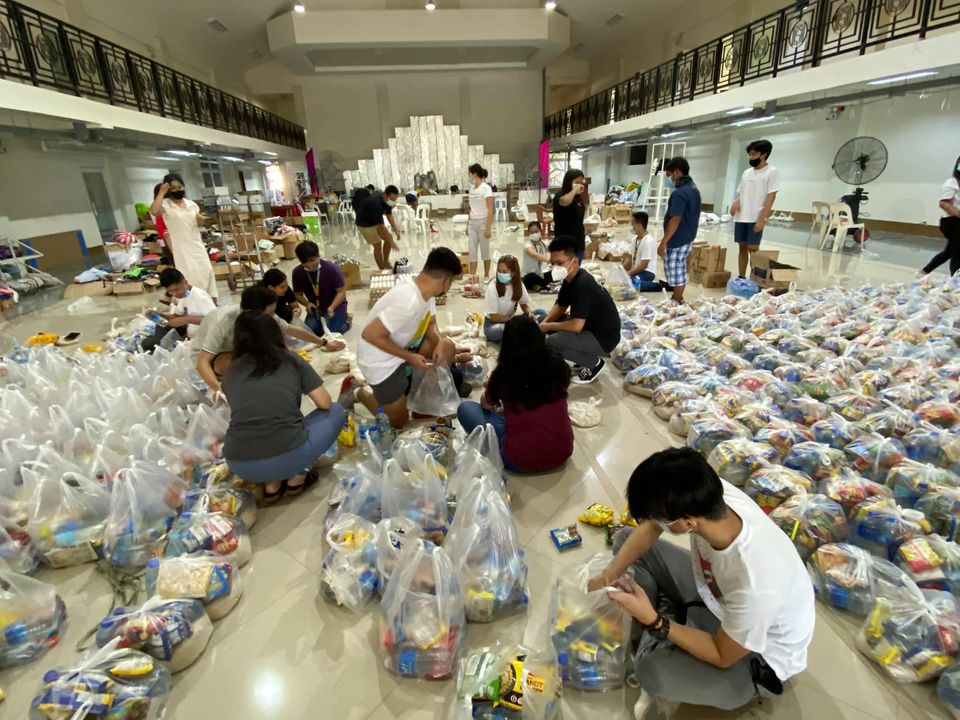