The Mariano Marcos State University (MMSU) is set to develop a model farm for organic moringa (malunggay) production and processing in Ilocos Norte this year.

With a Php 4 million grant from the Department of Agriculture (DA), the University will spearhead the massive malunggay seedling production project in an eight-hectare reserve area in barangay San Pedro, City of Batac.

In collaboration with the DA-Regional Field Office I (DA-RFO 1) and the City Government of Batac, the project aims to explore the potential commercial use of moringa, to enhance its economic value, to provide an additional income to Ilokano farmers, and to sustain a food secure province.

MMSU President Shirley Agrupis said the university’s move to venture into moringa production and processing will contribute to the sustainable food supply in the province, especially in times of crisis.

Dr. Agrupis, also the project leader, together with Dr. Dionisio S. Bucao, project staff, received the funding in a ceremony held at the university covered court last January 15, after the DA’s activity of distributing cash and food subsidy to Ilokano farmers and fishers.

Dr. Bucao explained the model farm will cover a five-hectare plantation area and a three-hectare related services area that includes an internal road network, drying and milling area, composting facility, clonal garden, and irrigation facilities. Area allowances will also be made for natural hedges, live fencing as buffers for boundaries, and fodder trees planting to isolate the area from nearby cultivations.

He said the model farm will compose a gene bank where the collected species of moringa seedlings will be planted and evaluated, and nurseries that will facilitate the control of the genetic characteristics of plant varieties that will be collected and propagated for characterization.

Also, MMSU will purchase the needed equipment for drying and milling, packaging, and storing of moringa varieties; develop a package of technology (POT) for moringa seeds and seedlings management, and moringa leaves production for processing; conduct a comparative analysis between the adopted and developed technologies, and engage potential farmer-cooperators in the adoption of the POT through a dispersal scheme.

He further stated the Phase I of the project will run for six months. Here, three moringa nurseries, with a capacity of 8,000 seedlings each, are expected to generate 96,000 seedlings in four cycles (24,000 seedlings per cycle).

The project, per business module, is also expected to generate gross revenue of Php 600,000 and a net margin of Php 183,586, representing a return of investment of 44 percent per nursery within six months.

This development project is a part of the "Bayanihan to Recover as One Act” Program (Bayanihan 2) of the government, particularly the Plant, Plant, Plant program.

Moringa is considered a ‘miracle plant’ or ‘superfood’ due to its promising nutritive contents. It contains compounds such as simple sugar and rhamnose, glucosinolates, and isothiocyanates, which were reported to have hypotensive, anticancer, and antimicrobial activities. (StratCom) 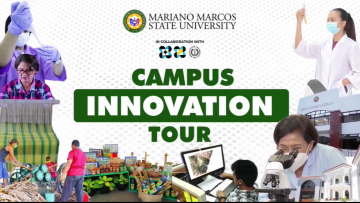 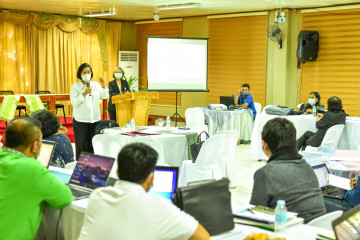