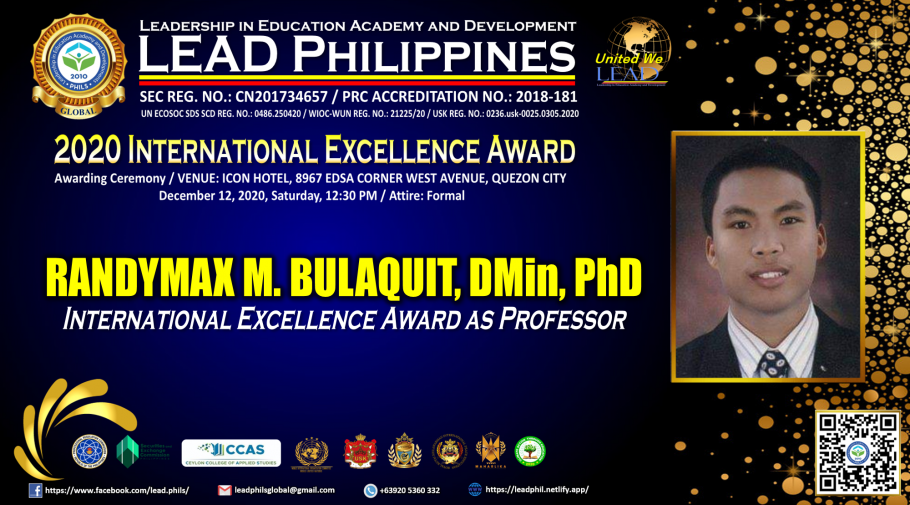 Dr. Randymax M. Bulaquit, an assistant professor of the MMSU College of Teacher Education (CTE), is a recipient of an international excellence award as a professor from the Leadership in Education Academy and Development (LEAD) Philippines, Inc.

Bulaquit received the award in a ceremony at the Icon Hotel in Quezon City last December 12.

He was chosen among other nominees based on his portfolio and curriculum vitae that he submitted to the organization, and his performance in his virtual interview conducted by the LEAD Global Headquarters – Committee on Screening and Awards.

According to LEAD chairman Mario Lucero, the award is given to teachers “who demonstrate excellence in teaching practices, highest professional standards in pedagogy and sustain intellectual development of students and colleagues in the academe.”

He added that the awardees should have been involved in trainings for the development of students and teachers and had conducted local, national and international conferences in education, leadership and management.

The CTE teacher also received six international awards, had joined various seminars and conferences, and is a member of many government and non-government organizations.

The LEAD Philippines Inc. is a service-oriented organization that is registered under the Securities and Exchange Commission (SEC) with accreditation as Continuing Professional Development (CPD) provider for professional teachers by the Philippine Regulation Commission (PRC). 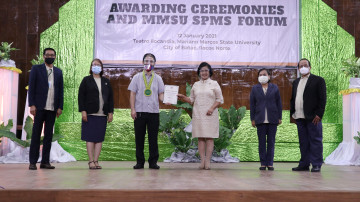